Keeping Up With the Zeitgeist

Season 2 is on!  Helen (in London) and her old college friend Joey (in Sydney) are chatting on Zoom, when Joey gets an unexpected phone call from Sadie, another college friend, who lives  in New Hampshire, and connects her up with Helen.  The joys of modern technology! They muse on the way Shakespeare is the voice of the Zeitgeist, and what? Rozzie never died, said she?

Please support this independent, unfunded, volunteer run production—if you'd like it to continue—by donating the price of a cuppa at Buy Me a Coffee, or by becoming a regular patron on Patreon.com.  Thank you so very much!  Stay safe. 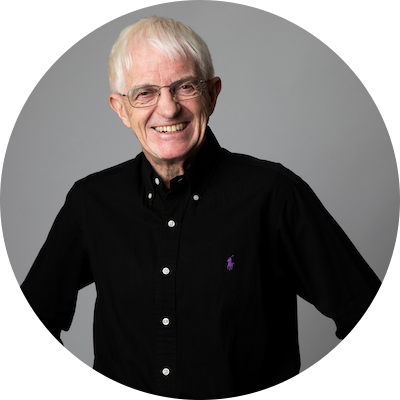 Mark Bunyan was an out gay cabaret performer to start with, then wrote a youth musical JUST GOOD FRIENDS which played to packed houses and was named Best Musical of 1982 by City Limits magazine. This led to various other musicals with various degrees of success. (The most recent, BEING COLONEL BARKER (www.beingcolonelbarker.com) and DEFINING DR MINOR (www.definingdrminor.com) were workshopped at the Royal Academy of Music and have their own websites. Websites will be soon available for www.emyntrudeandesmeralda.com, www.unburiedtreasures.com and www.trueromances.com.

His stage play, DINNER, won the international playwriting competition —and had a successful run—at the Warehouse Theatre, Croydon. In 1995, he was canonised by the Sisters of Perpetual Indulgence, as St Mark of the Musical Tendency, for his contribution to gay liberation which included, in 1983, co-founding, with the late Brian Kennedy, the Pink Singers, now the oldest LGBT+ Choir in Europe.

A short documentary about him, MARK BUNYAN, VERY NEARLY ALMOST FAMOUS, was a selection at the San Francisco International Gay Film Festival in 2013 and is available to watch online for 99p (get some friends round and charge them 20p each) at https://vimeo.com/ondemand/mark.

Mark served as a local magistrate from 1995 to 2019, won two national gold medals for trampolining in the over-60s category for the British Gymnastics association and has recently started flying trapeze.

He lives with Andrew, his partner of 47 years and counting. As you can tell he’s probably a terrible big head but surprisingly approachable. His website www.markbunyan.com desperately needs updating but his YouTube channel, https://www.youtube.com/channel/UC3IgrRy7d7Aw5Z5yY9VSNew is better tended.